As in previous years, we are pleased to be able to run a joint session this month with our friends at the Edinburgh Song Session (formerly called the Traditional Songs and Tunes Session). In more normal times, this has been part of the Carrying Stream Festival. As usual the session will take place on the same day as the Branch AGM — which will be from 2pm on Sunday 8 November, followed by the Session at 3.00 pm, and running for 2 to 2½ hours, depending on the number of people taking part. If you are a TMSA member affiliated to the Edinburgh and Lothians Branch and would like to attend the AGM please email eltmsa@yahoo.co.uk before Sunday to get sent a link to use. If you just want to attend the Session contact Bob, the Edinburgh Song Session organiser, through its Facebook Page
Posted by Fiona at 10:07 No comments:

Unfortunately due to the current public health measures around COVID-19, instead of telling you all about the event happening next month we are letting you know it has been postponed until 23-25 April 2021 – make a note of the dates now! The website http://www.northernstreams.org has the details of who we were looking to invite as our plans are to keep them the same. Please keep well in the meantime!
Posted by Fiona at 18:50 No comments: 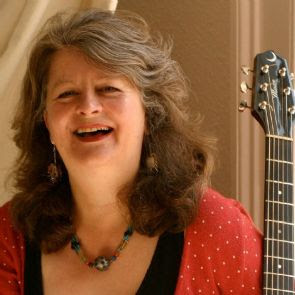 All welcome - from beginner to experienced - no need to be able to read music. The programme runs 10.30am to 5.15pm with registration open at 10am.

If you book online, you do not need to complete the booking form below but if you want to book and pay by cheque - here is the postal booking form link: https://www.tmsa.scot/wp-content/uploads/2020/01/Muckle-Sing-2020-Postal-Booking-Form.pdf

Just letting you know of the date of our forthcoming TMSA Edinburgh & Lothians Branch AGM which will be held in: The Canon's Gait Pub (lower bar), 232 Canongate, Edinburgh EH8 8DQ on Sunday 10 November at 2pm. All welcome to attend both, though only members may vote at the AGM. Then we join between 3-6pm in the same venue, the regular monthly Traditional Song & Tunes Session for the annual session celebrating Hamish Henderson's (100th!) birthday - all are welcome to sing or play (or both). This session is part of Edinburgh Folk Club's "Carrying Stream Festival" which has concerts on Friday & Saturday, an annual lecture, songwriting workshop and ceilidh - more details at: https://efc1973.com/carrying-stream-festival?fbclid=IwAR2dKyCjafybXufcAAC1cc0Fz34QahMuDORvNZ50fTzfo6THHgNZu8oz9i0
Posted by Fiona at 00:07 1 comment:

Check out the new additions to the Northern Streams 2019 programme - a bonus afternoon concert in Dundee with Caolmhar on Thursday 25 April and a free family workshop on Sat 27 April. More details at http://www.northernstreams.org
Posted by Fiona at 11:00 No comments: 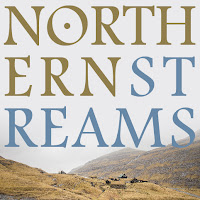 Tickets are now on sale for Northern Streams 2019. Visit Northern Streams website for details of how you can buy them online, in person or by post. Book in advance and you could WIN an Ikea voucher!
Posted by Fiona at 13:18 No comments: 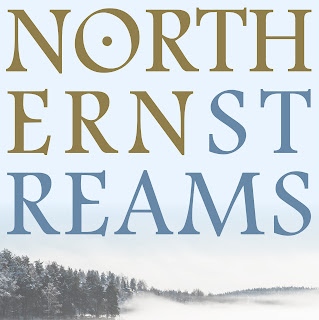 Just a wee 'heads up' we expect to have tickets for Northern Streams 2019 on sale soon - once we have finalised the full programme (particularly the workshops). One thing you may like to note now is that that festival has moved back at one of its original locations - The Pleasance Student Union, 60 The Pleasance, Edinburgh EH8 9TJ - following its amazing upgrade. The festival programme is expect to follow our format of two evening concerts on the Friday and Saturday night, workshops on the Saturday daytime and an Open session on the Sunday afternoon. This year we will continue the popular dance ceilidh in an extended second half of the Saturday night concert so participants and the musicians get to try both Scottish and Nordic dance and music all in one place! The invited guests are: · Kata – a five women group who sing traditional songs from the Faroe Islands in a striking manner http://tutlrecords.com/artists_show.php?l=en&ArtistId=539 · Caolmhar – a group of four young people from Sweden that perform a range of Nordic & Scottish music and songs (a couple of them were part of the student group from Uppsala University which were part of Northern Streams 2018). https://hannahsundkvist.com/caolmhar/ · EPK - Jocelyn Pettit with Rav Sira & Ellen Gira - a trio of young musicians studying in Scotland, from Canada, Norway and the USA, who enjoy playing both Nordic and Scottish music. This will be their first headline concert since forming. https://jocelynpettit-trio.blogspot.com The Festival website is http://www.northernstreams.org which will be updated as things are confirmed. We will put up another post when tickets are available. In the meantime please note the dates in your diary and feel free to let others know about the upcoming festival!
Posted by Fiona at 18:56 No comments:

Thanks to all those who came along to the Muckle Sing earlier this month. It was a great day with some cracking songs brought by Jennifer Sterling for us to sing and harmonise to. The Performance Platform had a good number of groups singing for us before Jennifer rounded off the day with a short concert displaying her singing and fiddling virtuosity. Thanks again to West Lothian Council for supporting the event.
Posted by Fiona at 18:52 No comments:

Another memorable day for community singing groups and individual singers, including morning and afternoon workshops, performance platform and a short concert from our amazing tutor, Jennifer Sterling! Taking place 10am-5.00pm at the Queen Margaret Hall, Linlithgow and supported by West Lothian Council. All welcome - from the beginner to the experienced performer: no need to be able to read music. Click http://http://www.tmsa.org.uk/documents/MuckleSing2019-LeafletFinal_000.pdf to get details in our leaflet and http://www.tmsa.org.uk/documents/MuckleSing2019BookingFormFinal.pdf for a link to the booking form you can download to send in if you want to pay by cheque. You can also get more details and book online at: https://mucklesing2019.brownpapertickets.com (small service charge applies), or search on www.eventbrite.com if you prefer to book through that platform.
Posted by Fiona at 14:52 No comments:

Next Branch event is our forthcoming AGM and session, which will be held in: The Royal Oak pub, Infirmary Street, Edinburgh, in their downstairs room on Sunday 11th November. AGM at 2pm. Session from 3pm - 5.30.pm. All welcome to attend both, though only members may vote at the AGM.

Always looking for more people to join/re-join the TMSA and thus support our long-held traditions of Music, Song and Dance, so if you feel like joining up the enrolment form is here: http://www.tmsa.org.uk/tmsa-membership.asp We are aware that the above is the same date as the big concert in The Usher Hall - the final performance of "Far, far from Ypres", hence the session finishing slightly earlier to allow for eating before the concert to which some of us are going! There are still a few tickets available via The Usher Hall website and box office, up in the Upper Circle. It will be the 100th anniversary of Armistice Day, a poignant date indeed. In the past we have liaised with Edinburgh Folk Club's "Carrying Stream Festival" over this weekend. For a number of reasons, including the Usher Hall concert, their festival is much scaled down this year, but still feel free to bring your Hamish Henderson songs to the session (11th November also having been his birthday.)
Posted by Fiona at 21:57 No comments:

Northern Streams website is now fully back up online - apologies for the technical issues caused by regular maintenance work from the website domain provider. So make sure you get your tickets for this great feast of Nordic & Scottish music, song & dance! www.northernstreams.org
Posted by Fiona at 10:21 No comments:

In case you are trying to get information about Northern Streams 2018 through www.northernstreams.org unfortunately due to problems during a maintenance update the website domain has had issues. So if you need to go to the website use northernstreams.wordpress.com in the meantime. We've been told it should be resolved in 24 hours at most.
Posted by Fiona at 18:04 No comments: 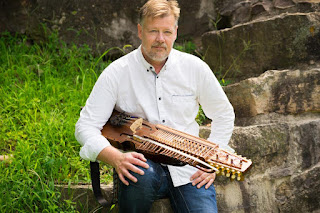 Northern Streams 2018 tickets will be available from tomorrow (9 March) at www.northernstreams.org. Come along to experience the best and new of Nordic and Scottish folk music, song and dance from: Peter Puma Hedlund – master nyckelharpa (keyed fiddle) player from Sweden (pictured); Paul Anderson – top fiddler & Shona Donaldson – fiddler and singer from North East Scotland; Fika Collective – Lachlan Green, Libby McGugan, Malcolm Bushby and Callum Forsyth - Glasgow based band playing Nordic and Scottish music; V-Dala Spelsmanslag – Sweden’s longest running student folk ensemble and The Grassmarket Centre’s ‘Music for All’ Group with workshops, sessions, concert and a ceilidh. Visit the festival website for details including how you can save up to £16 with an all in one Festival ticket!
Posted by Fiona at 16:02 No comments:

Thanks to the prompt responses to our Muckle Sing this year IT HAS NOW SOLD OUT. If you would like to be put on a WAITING LIST - please contact Susan Streater to be added to it. Her email is: susan.streater@hotmail.co.uk
Posted by Fiona at 10:27 No comments:

Another memorable day for community singing groups and individual singers, including morning and afternoon workshops, performance platform and a short concert from our amazing tutor, Karine Polwart! Taking place 10am-5.30pm at the Queen Margaret Hall, Linlithgow and supported by West Lothian Council. All welcome - from the beginner to the experienced performer: no need to be able to read music. Click here to get details in our leaflet and here for a link to the booking form you can download to send in if you want to pay by cheque. You can also get more details and book online at: https://themucklesing2018.eventbrite.co.uk. A ticket could be ideal for a last minute Christmas or Hogmanay pressie for a song lover!
Posted by Fiona at 14:56 No comments: