Listed below is the programme for the Northern Streams 2009 Festival. The first four postings detail the concerts being held outside of Edinburgh in Newcastle, Hawick, Dundee and Glasgow. We are pleased that we have been able to work with so many people to bring the performers to different places in Scotland. The further following posts give the detail of events in Edinburgh. We hope you get a chance to come to at least one of the events but if you are thinking of coming to more in Edinburgh - do consider the great value weekend ticket covering concerts and workshops. Also do continue scrolling through all the posts - including 'older posts' to get the detail of each different part of the programme...

Hope to see you soon! 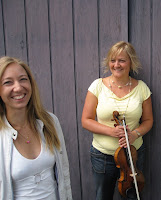 They will be supported by The House Sisters: Carly Blain, Rachel Cross and Kira Slater - a trio of young musicians who recently graduated from the Traditional Music Degree at Newcastle University. They will play tunes and sing songs from the Scottish Borders and the rest of Scotland, as well as music from Scandinavia and their own compositions.

Kirstine Sand (fiddle) and Marie Sønderby Larsen (piano) met at the Carl Nielsen Academy, and play a mix of traditional music and new tunes, influenced by Kirstine’s time on the Newcastle Traditional Music Degree course. They will be supported by

Carly Blain, Rachel Cross and Iain Petrie (Scottish Borders): Fiddlers Carly Blain and Rachel Cross (from The House Sisters group and Border Fiddles) – both graduates of the Newcastle University Traditional Music course have been working with Iain Petrie - a local singer/songwriter. They will play tunes and sing songs from the Scottish Borders and the rest of Scotland, as well as music from Scandinavia and their own compositions. 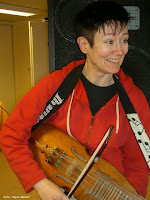 Top nyckelharpist, Ditte Andersson, performs a mixture of traditional Uppland and other Swedish music "spiced" with her own tunes and folk songs with pianist Anders Göransson.

In partnership with Friends of Wighton. 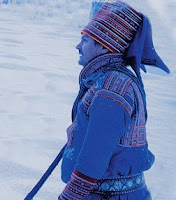 In partnership with TMSA Glasgow Branch.